GTASA’s list of things to do in South Africa

The arrival of Europeans

The first Europeans to discover the Cape were the Portuguese, with Bartholomeu Dias arriving in 1488 after journeying south along the west coast of Africa. The next recorded European sighting of the Cape was by another Portuguese explorer, Vasco da Gama, in 1497 while he was searching for a route that would lead directly from Europe to Asia. Table Mountain was given its name in 1503 by Antonio da Saldanha, a Portuguese admiral and explorer. He called it Taboa do Cabo (Table of the Cape). The original name given to the mountain by the first Khoi inhabitants was Hoeri ‘kwaggo(Sea Mountain) 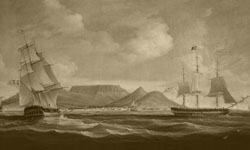 The area fell out of regular contact with Europeans until 1652, when Jan van Riebeeck and other employees of the Dutch East India Company (Dutch: Vereenigde Oost-Indische Compagnie, or simply VOC)were sent to the Cape to establish a halfway station to provide fresh water, vegetables and meat for passing ships travelling to and from Asia. Van Riebeeck’s party of three vessels landed at the Cape on 6 April 1652. The group quickly erected shelters and laid out vegetable gardens and orchards, which are still preserved in the Company Gardens. Water from the Fresh River, which descended from Table Mountain, was channelled into canals to provide irrigation.

The first wave of Asian immigration to South Africa started in 1654. These first immigrants were banished to the Cape by the Dutch Batavian High Court. These Asians helped to form the foundation of the Cape Coloured and Cape Malay populations, as well as bringing Islam to the Cape. Work on the Castle of Good Hope, the first permanent European fortification in the area, began in 1666. The new castle replaced the previous wooden fort that Van Riebeeck and his men built. Finally completed in 1679, the castle is the oldest building in South Africa. Simon van der Stel, after whom the town of Stellenbosch is named, arrived in 1679 to replace Van Riebeeck as governor. Van der Stel founded the Cape wine industry by bringing grape vines with him on his ship, an industry which would quickly grow to be important for the region. He also promoted territorial expansion in the Colony. The first non-Dutch immigrants to the Cape, the Huguenots, arrived in 1688.
The Huguenots had fled from anti-Protestant persecution in Catholic France to the Netherlands, where the VOC offered them free passage to the Cape as well as farmland. The Huguenots brought important experience in wine production to the Cape, greatly bolstering the industry, as well as providing strong cultural roots. 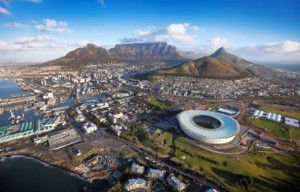 Hours after being released from prison on 11 February 1990, Nelson Mandela made his first public speech in decades from the balcony of the Cape Town City Hall, heralding the beginning of a new era for South Africa.
Cape Town is the second-most populous city in South Africa after Johannesburg, and the provincial capital and primary city of the Western Cape. As the seat of the National Parliament, it is also the legislative capital of the country. It forms part of the City of Cape Town metropolitan municipality.
The city is famous for its harbour as well as its natural setting in the Cape floral kingdom, including such well-known landmarks as Table Mountain and Cape Point. Cape Town is also Africa’s most popular tourist destination. 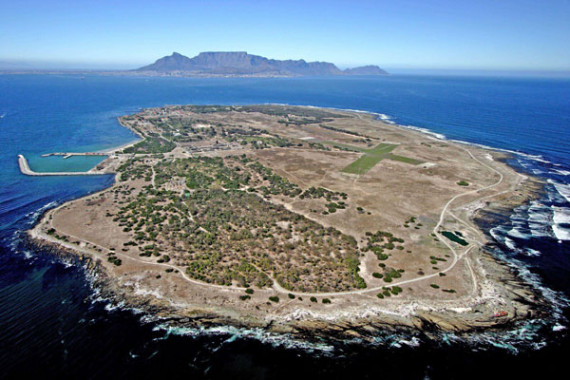 Located on the shore of Table Bay, Cape Town was originally developed by the Dutch East India Company as a victualling (supply) station for Dutch ships sailing to Eastern Africa, India, and the Far East. Jan van Riebeeck’s arrival on 6 April 1652 established the first permanent European settlement in South Africa. Cape Town quickly outgrew its original purpose as the first European outpost at the Castle of Good Hope, becoming the economic and cultural hub of the Cape Colony. Until the Witwatersrand Gold Rush and the development of Johannesburg, Cape Town was the largest city in South Africa. Today it is one of the most multicultural cities in the world, reflecting its role as a major destination for immigrants and expatriates to South Africa. As of Census 2011 the city has a population of 5, 822 734 inhabitants. Cape Town’s land area of 2,455 square kilometres is larger than other South African cities, resulting in a comparatively lower population density of 1,425 inhabitants per square kilometre. The city was named the World Design Capital for 2014 by the International Council of Societies of Industrial Design.