Abu Dhabi, the capital and the second largest city in the United Arab Emirates has now emerged as one of the country’s best-value tourist destinations because of its excellent infrastructure and interesting attractions. A city once known for its exhaustive coverage of conventions and exhibitions has gained importance for entertainment and shopping as well. Various areas and islands in Abu Dhabi have been developed to promote tourism. These include the Corniche, Yas and Saadiyat Island, which allow visitors to explore the stunning Arabian Gulf views and wildlife reserves. To provide in-depth information on the various things to do in Abu Dhabi, we have compiled a must visit list of top landmarks, bars and activities.

Tourists can travel around the city exploring the intriguing archaeological and historic sites, as well as the interesting museums, beautiful parks, glamorous shopping venues and adventurous water sports. This city is a perfect combination of tradition and modernity that welcomes everyone with respect and warm hospitality. Abu Dhabi means the place full of gazelles, a cosmopolitan city which offers extreme nightlife, a wide range of restaurants, cultural and musical events for all ages.

Smoking is banned in public areas but many places provide smoking rooms. The Health Minister of the city is planning to introduce stricter laws regarding smoking in public areas due to the increasing number of smokers especially aged between 12 and 16. Few cities like Dubai are in the phase to ban smoking completely and it is extended to hotels along with other public areas. Tobacco consumption, advertisement and promotion are banned by the Health Authority of Abu Dhabi.

Abu Dhabi is considered a very safe city and crime rate is very low. Even though crime rate is near to zero, city police still maintain tight control over security and safety issues. Therefore, it has become one of the lowest crime rate cities in the world. It is always safe to explore the city at any time but it is always good to take a few precautions for general safety. In this city, there are no major tourist traps or places where the crime rate is a little high. It is safe to travel at night and there is no need to be overly concerned about security whilst travelling in public transportation. Still it is advisable to take standard precautions as we would take usually whilst travelling outdoors.

This city falls under a sub-tropical climate zone, which normally experiences hot and warm temperatures all round the year. Bright and clear sunlight throughout the year is famous for sand, seawater surfing. The summer season is quite hot with extreme high temperatures so it is advisable to stay indoors especially during the mid-day. A wide range of indoor activities and fully air-conditioned facilities are available in hotels so that tourist can relax and enjoy their vacations. The best time to travel is from the month of November to February as temperatures are not so high and many festivals are held along with many amazing outdoor activities.
Compared to other Arab cities, this city has a calm and relaxed dress code. In summer, lightweight clothing is always advisable. Even though this city is famous as a summer destination, it is necessary to carry warm clothes in winter as temperatures are quite low in the evenings. Improper dressing should be avoided in public areas but swimsuits or short clothes are allowed on the beaches.

Tipping is not expected in the Arab countries, a service charge is added within the bills of restaurants and hotels. Though, if you receive exceptionally good service then in the form of appreciation, staff members do expect a little extra tip. Around 10 % – 15 % tipping can be given in hotels or restaurants. Normally, at the airport, luggage porters do expect a tip depending upon the number of bags.

To travel around the city, there are four major means of transportation available; taxi, bus, tour, and rental cars or private cars. Abu Dhabi international airport comprises of well advanced facilities like boutiques, shops, sand golf course, and much more. The airport’s architecture is a special attraction for tourist and it has become an icon to promote the tourism industry in the city. There is a good network of roads in the city and hardly any major traffic jams issues even in peak time. Modern bus transportation is available at all major places 24 hours. Another cheaper option to explore the city will be by taxi or car rental, which are conveniently located all around the city. 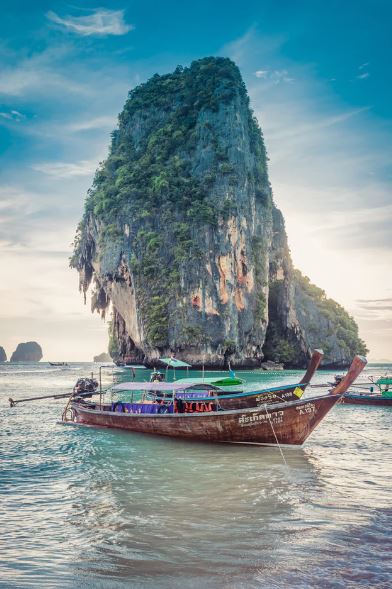